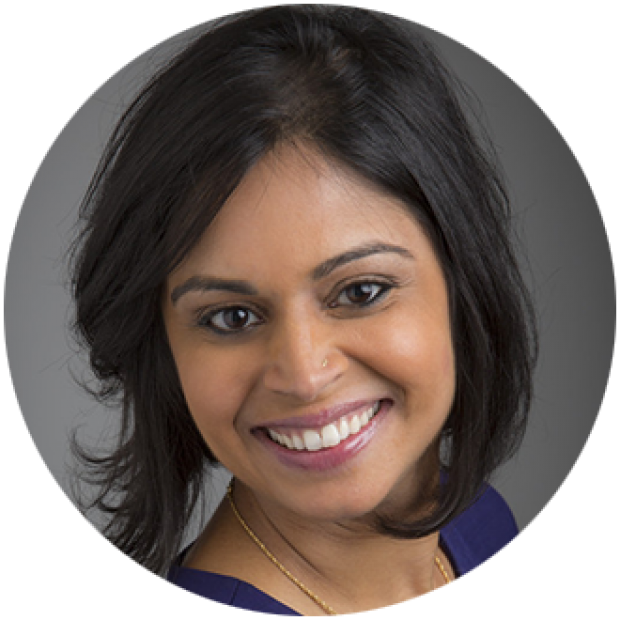 Sheetal Dhir is a senior strategist with more than ten years of experience in advocacy work. A battle-tested campaigner and fixer, Sheetal’s expertise lie in her social justice acumen as well as her commanding skills within the crisis communications space. Her favorite element of the work is using strategic communications to create political will that results in social change.

Sheetal knew she wanted to be a changemaker at a young age. Always a bit of a rabble-rouser, Sheetal has been involved in civics, movement building, and media work since she was the anchor of the Eagle Eye News at her elementary school. Now, she’s a vice president in Spitfire’s New York City office, where her work centers around racial justice, the climate crisis, and creating rapid response infrastructure and capability for her clients. Sheetal is currently leading the work with Ford and the Public Interest Technology University Network for Spitfire. She has also worked with Columbia University’s Center on Global Energy and Policy, Citizens United for Police Reform, and the NYU Policing Project.

Before Spitfire, Sheetal held the role of senior crisis campaigner at Amnesty International USA where she led all tactical and crisis response campaigns during the first two years of the Trump administration. Before AIUSA, Sheetal spent several years at ACLU National where she moved people to action on racial justice issues through the lenses of immigration reform, mass incarceration and prisoner’s rights. In addition to this work, Sheetal has consulted for Center for American Progress, Families for Freedom, Give Directly, Open Society Foundation, and Vocativ. Originally a broadcast political news producer, Sheetal has produced and launched shows for ABC News, Al Jazeera, Current TV, Fusion Networks, and WGBH/NPR. She is a graduate of the Goldman School of Public Policy at U.C. Berkeley and holds a B.S. from the University of Maryland, College Park.

Sheetal is a native Washingtonian based in Brooklyn, NY. An avid traveler, when Sheetal is not on the road she spends her time cooking, laughing, and hanging at Prospect Park.