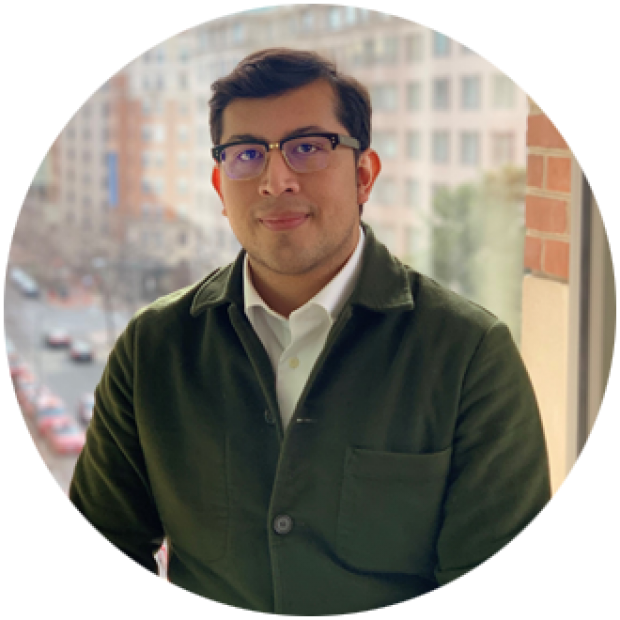 Gabe brings experience working in electoral politics and driving policy change to the Spitfire team, where he works primarily on civil and human rights in the online context. He has previously supported statewide and national political campaigns and as staff in the United States Senate, where he worked as part of a team to secure positive policy changes to improve health and affordable housing. Gabe has also worked extensively in the nonprofit sector and helped to found an organization dedicated to ensuring an accurate 2020 Census count among hard to reach communities in Colorado.

Guided by the belief that we must use every tool in the box to achieve progress and protect our hard-earned gains, Gabe previously helped found Together We Count, a nonprofit focused on preparing Colorado for the 2020 Census. He served in multiple roles for former Secretary of State Hillary Clinton’s 2016 primary and general election campaigns and worked on financial issues, housing, and inclusive economic development for Senate Democratic Whip Richard J. Durbin (D-IL). During his time in the Senate, Gabe was part of the team that successfully influenced the Department of Housing and Urban Development to align its guidelines on children’s blood lead levels with current recommendations from the Centers for Disease Control and Prevention.

A highlight of Gabe’s previous experience was co-organizing a traveling public art advocacy project – by world-renowned artist JR – to support voter registration efforts in Latino communities across Georgia, Florida, and Texas, which garnered local, national and international press. Gabe is based in New York.