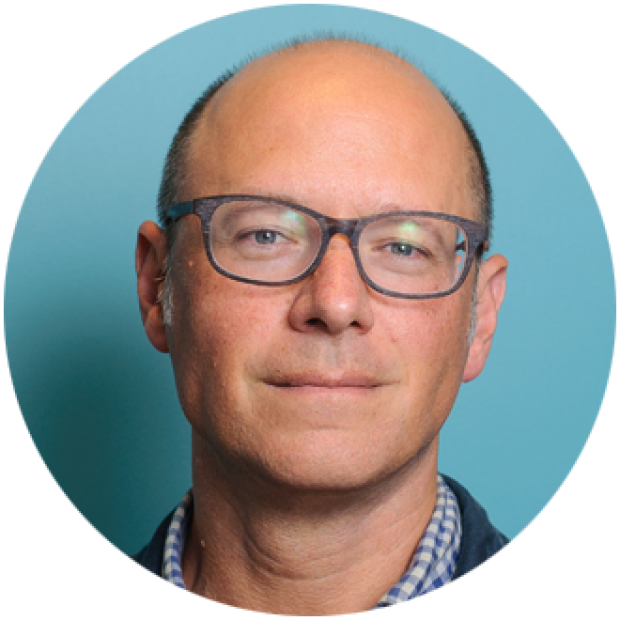 Mark Dessauer seeks the lightbulb moment in his work with organizations, communities, and individuals. What is a lightbulb moment? It is a simple change of mind, seeing something in a different light, and deciding to act in another manner as a result. From a glimmer to a blinding flash of inspiration, these sparks are central to creating social change. Mark has worked for the last 25 years on creating change with think tanks, the U.S. embassy, state governments, universities, nonprofits, and foundations. From community solutions to childhood obesity prevention across the country to statewide early childhood and oral health campaigns, Mark’s communication work has focused on improving the health and well-being of hundreds of communities.

At Spitfire, Mark has worked with early childhood advocates to develop a messaging framework and training for Adverse Childhood Experiences on behalf of the Kresge Foundation and Doris Duke Charitable Foundation, provided communication counsel and training to Robert Wood Johnson Foundation (RWJF) communities working on Mobilizing Action for Resilient Communities (MARC), and established a national nonprofit strategic communication training program for JP Morgan Chase’s Office of Nonprofit Engagement in 28 cities across the country. Through this work, Mark has partnered with over 600 community development, workforce improvement, and affordable housing advocates to build their own strategic communication plan and targeted messaging and develop powerful stories to help them achieve their overall goals. In addition, Mark has worked with Prosperity Now (formerly CFED) on its Childhood Savings Accounts strategy and Racial Wealth Divide initiatives. To keep his lightbulb lit, Mark has attended and helped plan every frank gathering at the University of Florida’s Center for Public Interest Communications since it started in 2014.

Communication has been the common spark for all of Mark’s previous work from selling popcorn at the Movies Repertory Theater in Cincinnati to organizing the American Embassy’s booth and speakers for the International Telecommunications Union conference. Prior to working at Spitfire, Mark served as the director of communications for the Blue Cross and Blue Shield of North Carolina Foundation. In his role with the foundation, he worked to integrate communication as a part of its capacity support for grantees. Mark was responsible for developing and implementing communication strategies, media relations and internal communications to support the foundation’s initiatives and grantees from healthy food systems to oral health and access to care. Mark first encountered Spitfire in 2003 as the communication director for Active Living by Design, an RWJF national program to create healthier communities. He guided every grantee through Spitfire communication training and helped them develop their stories for national and local media.

Mark’s previous positions included communication director and policy analyst for the North Carolina Progress Board, research and communications associate at the Global Information Infrastructure Commission at the Center for Strategic and International Studies, and telecommunications analyst for the U.S. Embassy in Switzerland with a top-secret clearance. Mark earned a B.A. in mass communications with a minor in German and film studies at Miami University and a master’s in international communications at American University with a concentration in cross-cultural studies. He is currently completing a certificate in documentary studies at Duke University. Previous eclectic jobs include selling ads on vinyl phone book covers, cooking at a German coffeehouse/restaurant, working at an art film theater, operating rides in Hanna-Barbera Land at the Kings Island amusement park, managing a public access channel in Northern Kentucky and teaching English in Prague.

Mark is committed to community change outside of his day job and works to make Durham more walkable, bikeable, and healthier for all residents. Mark previously served on the Prevention Partners board and currently serves on the Upstream Works Collaborative board. He co-founded the Bull City Open Streets (North Carolina’s first open streets event in 2010), helped start the Bike Durham coalition and Durham Bicycle Boulevards, assists Congregations, Associations and Neighborhoods (CAN) in finding more opportunities for biking and walking in Durham and has led the monthly walk and bike to school at Club Boulevard Elementary since 2009. He also helped establish and develop the Durham Public Schools Hub Farm – a 30-acre farm and wilderness area where students, teachers, and the community grow and harvest healthy food. Mark enjoys hiking, biking, and exploring nature and the food system with his family and dogs. In his spare time, Mark is working on more being and less doing.