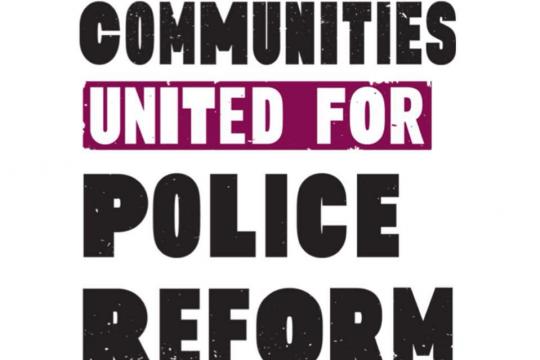 While police misconduct is far too common, the victims of police violence rarely have the opportunity to have their stories heard. Spitfire has since 2017 been partnering with Communities United for Police Reform (CPR), an unprecedented campaign to end discriminatory policing practices in New York, to help fix that.

On the day that the U.S. Department of Justice (DOJ) refused to bring federal charges against the New York Police Department Officer who unjustly killed Eric Garner, Spitfire sprang into action to create a strategic media outreach plan and provide rapid response support to ensure that the voices of Garner’s family and CPR and their partners drove the conversation.

When retired tennis star James Blake was brutally assaulted by an NYPD officer in 2015 for doing nothing but standing in front of his hotel, he recognized his background gave him the unique opportunity to have his story heard and elevate awareness of the widespread, systemic problem of police violence and joined forces with CPR.

Even though it was a case of mistaken identity — the NYPD officer, James Frascatore, claims he thought Blake was a suspect wanted for credit card fraud — Blake submitted to arrest after being picked up off the ground, spun in the air and then slammed to the ground by Frascatore, who was in plainclothes and never identified himself as a police officer during the incident. Blake subsequently registered an excessive force complaint, supported by a bystander video of the altercation, which led to a disciplinary hearing for Frascatore in September 2017, in which Blake testified.

It would have been relatively easy for the NYPD to sweep the hearing and its outcome under the rug, but Blake made sure that didn’t happen. Working with CPR and Spitfire, he brought national attention not only to his case, but also to the bigger issue of police brutality, in outlets from including the Associated Press, NBC and Fox Sports.

Following the hearing, Blake continued to advocate for appropriate disciplinary action and transparency. In June 2018, it was revealed that Frascatore’s penalty was the loss of just five vacation days — a far cry from meaningful discipline for an officer with a record of multiple civilian complaints against him. Blake spoke up about that, too, reviving the message that a lack of police accountability and transparency remains a problem in New York and across the U.S.

Despite the outcome of the disciplinary hearing, Spitfire helped CPR and Blake win in the court of public opinion, strengthening the push by citizens and advocates for reform of the NYPD. This pressure helped convince the New York City Council to pass the Right to Know Act, bills advocates have been championing for years that require police officers to provide more information to the members of the public they interact with, including clearly identifying themselves. Through widespread media attention, Spitfire helped elevate the issue of police misconduct for the good of communities across the country.