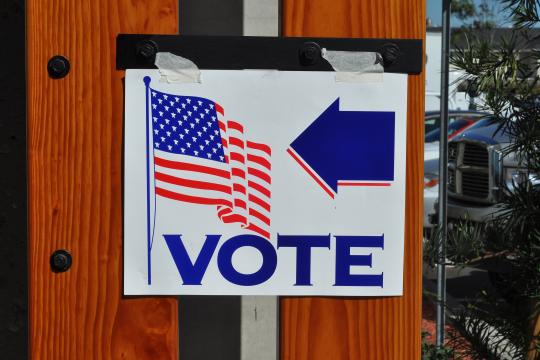 The Leadership Conference on Civil and Human Rights drives efforts to secure and protect the voting rights of all Americans. Amid a surging pandemic, the heated 2020 presidential race, and rampant, rapidly evolving disinformation created to suppress the vote, that work took on renewed importance. The Leadership Conference partnered with Spitfire to stop online intimidation and misinformation aimed at preventing people from historically marginalized communities from having their voice heard in the 2020 Elections. Using our strategic messaging and capacity-building skills, coalition management experience and disinformation expertise, Spitfire helped establish an inter-organizational rapid response operation, drafted inoculation and balanced messaging in response to pressing disinformation threats and trained more than 100 advocates from dozens of local and national organizations on how to respond to disinformation.

We kicked off this work by establishing a rapid response operation, helmed by a handful of voting rights and election protection groups, to nimbly tackle dynamic disinformation threats. The rapid response structure created a process for monitoring, analyzing and responding to incidents that could suppress the vote. First, we partnered with the Election Protection coalition and the Strategic Victory Fund to develop a threat matrix. The threat matrix helped the rapid response team and partner organizations ask key questions when disinformation was spotted to determine the level of potential harm the disinformation could cause and the best way to respond. Then, Spitfire analyzed daily incidents alongside the rapid response team and provided strategic counsel on how to respond. Once we collectively agreed on the best path forward, Spitfire led the creation of counter messaging that was shared with dozens of coalition partners across the country.

As the trickle of disinformation aimed at suppressing the vote became a deluge, Spitfire churned out messaging that addressed specific incidents, when a response was appropriate. The messaging ran the gamut, from state-specific messaging to general talking points addressing widespread issues. Our development of a rapid response messaging template on topics like where and how to vote, who can vote, and when to realistically expect results, made it easy for advocates to plug and play inoculation and balancing messaging on their own social channels, broadening the effort to combat disinformation without giving air to the opposition’s lies. The messaging also included tailored talking points for key executive-level staff on pressing voting rights issues to help prepare them for interviews. As a result, dozens of voting rights and election protection organizations – and key spokespeople – presented a united front in the face of widespread disinformation.

The amount of uncertainty surrounding the elections made scenario planning key to our success. In the lead-up to when people first started mailing their ballots, we worked with Online Voter Suppression and Election Protection working groups to brainstorm the many different incidents of online and in-person disinformation and intimidation that could occur during the election period. We then drafted messaging templates that addressed each scenario. While we oftentimes tailored the messaging based on the details of the incident, the draft messaging allowed us to be swift in organizing and deploying a response.

The rapid response effort was bolstered by a multi-pronged training series to build the overall capacity of civic engagement organizations to fight disinformation. Spitfire drew on its pioneering work in inoculation messaging for the 2020 Census to host a training to build this messaging muscle within the field.

After laying the groundwork with a deep dive into disinformation and inoculation messaging, Spitfire hosted a series of media trainings for the broader coalition as well as a select group of key voting rights spokespeople to help them deploy this knowledge effectively in interviews. The trainings featured a tailored voting rights Q&A document that gave the responses to tough voting rights questions, as well as allotted practice time. Across three training sessions, Spitfire helped build the skills of over 100 voting rights and election protection advocates.

As a result of the messaging and trainings, partners on the ground and within larger networks combatted disinformation without inadvertently amplifying it. Organizations across the coalition were also disciplined in sharing messaging that inoculated against disinformation and encouraged people to safely vote in the way that worked best for them. The coalition’s messaging reached far and wide. In the face of unprecedented obstacles and new methods of voter suppression, the country boasted its highest turnout in over a century. Voters of color across the nation turned out to make sure their voices were heard. Together, we helped secure a victory for American democracy.

Providing opportunity for all