Finding the Words to Champion the Greater Good 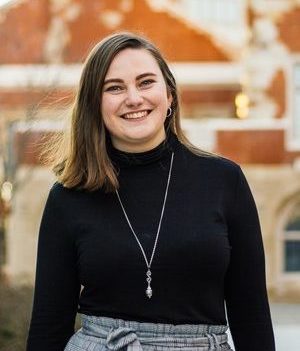 An interest in politics isn’t new to Paige Swanson, a Karel Fellow who is working at Spitfire this summer before returning to Yale University for her senior year. But what is new to Paige is using strategic communication to make the case for political and social change.

“I’ve worked with nonprofits before, but I’d never considered how important it is to be able to effectively communicate the work you’re doing, both internally and to the outside world,” she explains. “Telling stories makes it more accessible, and reaching as many people as possible makes the work more effective and powerful.”

Paige is attending Yale on a Jack Kent Cooke Foundation scholarship, a highly-competitive scholarship for high-achieving students with financial need. That’s where she learned about the Karel Fellowship, an eight-week, paid summer program that encourages first-generation and/or minority students to explore professional opportunities in the field of public interest communications. Spitfire provides a position to a Karel Fellow every summer.

For Paige, Spitfire is an excellent fit for her passions, which most recently have centered on voting rights. For the last two years, she’s interned for congressional campaigns where she’s learned to organize phone banks and fundraisers and recruit volunteers to knock on doors. Last summer, this work was influenced by the Amendment 4 ballot initiative in her home state of Florida, which successfully restored voting rights to people convicted of felonies who had served their sentences.

“We must ensure that everyone is fully engaged in the civic process and that no one is barred from that,” she says. “In Florida, it was a more concrete barrier to participation, but especially with so much disinformation going around, there could still be barriers that prevent certain people from participating and getting representation.”

At Spitfire, Paige is developing her skills in public interest communications across a range of issues. One of her assignments involves conducting research about the 2020 candidates and their platforms and sending them information about the partial decriminalization of sex work.

Another involves the upcoming season of Orange Is the New Black (OITNB). True to Spitfire’s passion for pop culture as a tool to elevate important issues, the team is working with Piper Kerman, the author of the book OITNB, to develop messaging for the release of the final season and drive home the realities that women who are incarcerated face.

“It’s not an issue that gets a ton of attention, so we’re helping her make sure this focus is part of the conversation, rather than just the show and the entertainment side of it,” she says.

After graduation, Paige has her sights set on working in politics. She’s still pondering whether she wants to work for a specific candidate, a state party or a major organizing group in Florida.

“A big part of 2020 is going to be making sure everyone is able to get out to vote, so I want to do something along the lines of on-the-ground campaigning starting right after graduation in May 2020,” she says.

Whatever she decides, Paige will be armed with unique skills she could have only learned by working with the Spitfire team. She describes Spitfires as “passionate people” who are fully invested in their work and bring a variety of perspectives and backgrounds to what they do.

“One of the biggest takeaways I’ve had is how Spitfire approaches communication in a way that really allows the voices of the people within a movement to be heard,” Paige says. “Those opinions and voices have so often been left out of the conversation. I’ve really learned the power of elevating their stories and voices beyond their immediate communities to make a bigger impact.”

This entry was posted on Thursday, July 18, 2019 at 08:00 am and is filed under Brand identity and strategy, Ethical and visual storytelling, Frame, narrative and message development and Spitfire culture. You can follow any responses to this entry through the RSS 2.0 feed. Both comments and pings are currently closed.