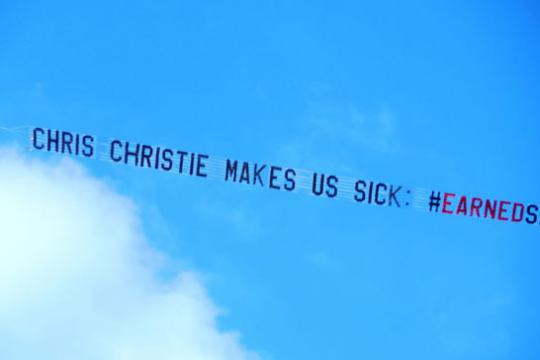 With Congress at a virtual standstill in the late aughts, the Rockefeller Family Fund (RFF) started focusing on states and municipalities to advance workplace fairness issues. Armed with compelling research, RFF identified earned sick days as the leading-edge issue that would expand opportunities for other policies and have a significant impact on women in the workplace.

RFF hired Spitfire to offer tailored communication support to individual state and local campaigns. We worked with grantees in each state to identify their goals, target the right audiences and create a comprehensive strategy for making earned sick days a winning issue in their area. Through these advocacy efforts, Spitfire connected the dots between disparate campaigns and leveraged best practices from across the country.

In states where the media didn’t take a strong stance on the issue, Spitfire helped campaigns flood targeted news outlets with letters-to-the-editor and opinion editorials. During crucial legislative moments, we helped grantees develop radio advertisements, digital ads and creative in-person advocacy efforts, like flying an airplane banner over a rally for an opposing policymaker, calling out his refusal to support earned sick leave. Whenever the opposition pops up, we shifted the conversation back to our core messaging.

This year, Maryland, New Jersey and Michigan became the latest states to provide earned sick days, bringing the total to 10 states and 47 total wins. We continue to work with these grantees to ensure implementation and protection of these laws.

Other cities and states are still in the midst of their campaigns – and together, we’re working to grow a diverse base of supporters, reach the right decision makers and shift the conversation to support earned sick days and a broader family friendly economic agenda. We’re also partnering with new cities that are in their infancy on these issues, using our knowledge and experience to kick off their campaigns with a splash.

This work culminated in a groundswell of grassroots support for earned paid sick days and paid family and medical leave and legislative victories in more than 10 states, including Nevada, Maryland, Rhode Island and Connecticut.