Ascend at the Aspen Institute 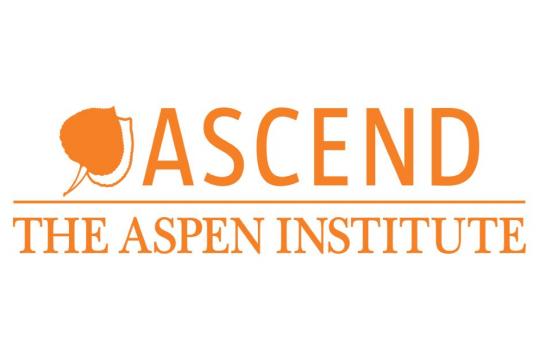 Ascend at the Aspen Institute (Ascend) had big ambitions. Over the past eight years, they have worked to become the hub of a growing network of policymakers, practitioners, academics, and corporations advancing a family prosperity movement. Since its inception, Spitfire has provided intensive message development, stakeholder engagement, and thought leadership strategy to support Ascend’s mission to break the generational cycle of poverty and ensure parents and their children thrive.

Establishing identity: Helping the field embrace a name that defines it. We started our work by establishing clear messaging in support of Ascend’s Two-Generation (2Gen) approach to address the fundamental barriers to wellbeing and prosperity through a whole family (2Gen) approach. The 2Gen strategy focuses on five areas: postsecondary education and workforce development, early childhood education, economic support, health and well-being, and social capital. While polling showed that Americans were generally supportive of programs that would be considered 2Gen, many policymakers lacked awareness and understanding of the approach. Spitfire helped Ascend give this rubric an identity and name that resonated with policymakers and practitioners – Ascend’s target audiences.  The lexicon we developed is now used by policymakers on both sides of the aisle, in agencies and among thought leaders across the nation, and provides a common language that unifies and codifies this work.

Message development. Spitfire worked with Ascend fellows, researchers, and leaders in the family prosperity field to develop ways to shift the narrative on family prosperity from one of personal responsibility toward societal support and collective engagement. This messaging allows decisionmakers and leaders in the field to make the case for scaling up innovative approaches, through local, state, and federal efforts with the goal of creating more fair and equitable conditions for children and their families to thrive.

Ambassador engagement. Then, we mobilized ambassadors and the Ascend network in support of 2Gen. We created talking points, conducted trainings and brought the messaging to life through compelling, real-world stories focused on families and communities. And we made sure stakeholders knew 2Gen solutions were being embraced on both sides of the political aisle.

Thought leadership. In addition to messaging for 2Gen, Spitfire has also helped Ascend design more than 10 gatherings to foster learning among the growing field of those advocating for family prosperity. We helped convene involved funders like the David and Lucile Packard Foundation and Robert Wood Johnson Foundation; agency staff from states including Colorado, South Carolina, and Georgia and national advocates like Center on Budget and Policy Priorities and American Enterprise Institute. During these convenings, members of the field shared successes we could celebrate and replicate and had frank conversations about how to overcome common challenges. We socialized the importance of putting parents at the center of programs and making the most of opportunities to advance the field through early childhood development. We also explored how creating collaborative, interagency solutions that remove the bureaucratic barriers that so often keep children and families from getting ahead.

Drawing ideas from the gatherings, Ascend’s fellowships, and meetings on Capitol Hill and in statehouses, Spitfire developed reports to showcase a growing number of ready-to-implement family prosperity solutions. Some relied on using data more effectively to target services, others found ways to break down silos between health, education, and workforce development to make programs more intuitive for children and families, generating better outcomes.

In the wake of the 2016 elections, we created first 1,000 days packages for the new Trump Administration, as well as tailored packages of solutions for the winners of gubernatorial races in key states to educate incoming administrations about the power and efficacy of the 2Gen approach. We also developed update reports for incumbents on the progress partners have made in their communities.

Success and progress. What started as a disparate field with few members, the family prosperity network organized by Ascend now stands at more than 370 partners in 47 states who identified as part of a growing 2Gen movement. After eight years of steady growth and development, Ascend achieved its goal of creating a hub of policymakers, practitioners, academics, and corporations focused on putting families on a path to prosperity a reality with support from Spitfire.

Spitfire helped to establish a strong brand presence and clear and consistent messages that brought members together to communicate as a cohesive community in the nonprofit sector. To that end, we worked closely with Ascend to brand Family Prosperity. We created its logo, a communication plan, and message platform and worked closely with Ascend to help Family Prosperity communicate as a community. This involved collecting partners’ communications resources together in a compendium that helped them see ways to amplify their work, a communication toolkit, and blogs that lifted compelling insights from the community.

Spitfire served as a thought partner to Ascend throughout this first phase of Family Prosperity during conferences and other convenings, including the 2019 Aspen Forum on Children and Families, Ascend’s Employer Summit and Aspen ThinkXChange 2019. We helped members think through how to leverage their relationships and look at their work in fresh ways. We also supported the design and release of the Aspen Family Prosperity Innovation Community Index, a rich portfolio of Family Prosperity tools and resources which made its debut at Aspen ThinkExchange 2019 and was shared widely with Ascend’s partners and collaborators. Spitfire now joins Ascend in planning, preparing and launching Phase II of Family Prosperity, using our expertise and experience to evaluate Phase I’s successes and identify new opportunities for the next stage of work. This includes leveraging Phase I resources and partnerships in this transition. It also means helping Ascend and Family Prosperity understand and leverage the new national narrative forming around the coronavirus pandemic and its impact on working families, and leverage opportunities to respond to it. We secured an op-ed in The Hill, making the case for setting up children, parents, and caregivers for success beyond the short-term.  We continue to guide Family Prosperity’s communications strategy with an increased focus on business leaders and conservative policymakers. We are excited to join Ascend for this exciting new chapter in realizing Family Prosperity’s work - making America a better place for families and children.