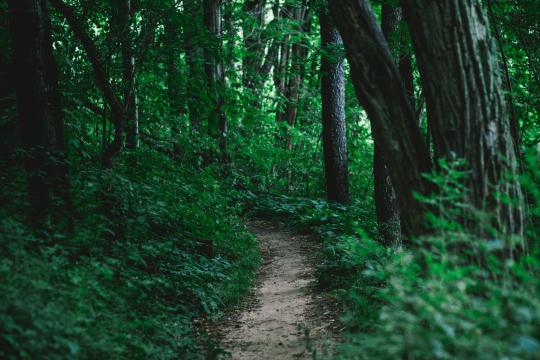 For years, the William Penn Foundation invested in expanding the network of multi-use trails in the Philadelphia region. On both sides of the Delaware River, new trails – along the Schuylkill, on the Delaware waterfront, and branching into neighborhoods – attracted cyclists, walkers, runners, skaters and families, transforming the way residents commuted, traveled and exercised. Despite these efforts, only a few trails were truly connected, falling short of the Foundation’s vision of a network of trails that stitched a diverse city together. The Foundation asked Spitfire to help its grantees build support for increased funding for trail construction and maintenance.

Spitfire worked with a diverse coalition, ranging from outdoor organizations to civic groups, to develop an advocacy strategy and a message platform that amplified and elevated the shared aspirations and approach of its members.

The final missing ingredient? A name for the trails network. Spitfire conducted in-depth research into other cities’ transportation systems – from small trail networks in rural communities to the London Underground – and ultimately recommended criteria for selecting a new name for Philadelphia’s trails. It had to convey the unique character of Philadelphia without succumbing to “Liberty Bell” or “Ben Franklin” clichés and communicate the system’s transportation potential. Any system-wide name also needed flexibility to accommodate many already-named trails, and had to be expansive enough to ensure that new trails would be viewed as part of the network.

Because the Foundation and grantees felt strongly that the name should come from the community, Spitfire helped organize an online naming contest. More than 200 ideas were submitted, and a selection committee awarded the prize to The Circuit. With a name in hand, the newly-energized Circuit Coalition quickly gathered momentum and rallied around its groups’ shared goal to Connect the Circuit.

With Spitfire’s help, the grantees launched a kick-off event along the Schuylkill Banks trail in downtown Philadelphia to announce their new campaign and unveil the new logo for the trail system. With television cameras rolling, the mayor of Philadelphia and other local officials spoke about The Circuit’s importance as an attractive amenity and economic development opportunity in the region.

Today, the Foundation’s trails grantees continue to work closely together to expand and connect The Circuit. Circuit signs mark new trail segments across the region, and the grantees’ shared website ConnectTheCircuit.org – serves as a thriving hub for a reinvigorated community of trail activists and supporters. This platform showcases the many benefits of the trail network, points newcomers to routes and recreational opportunities, and shares news about every new mile of trail added to the growing network.